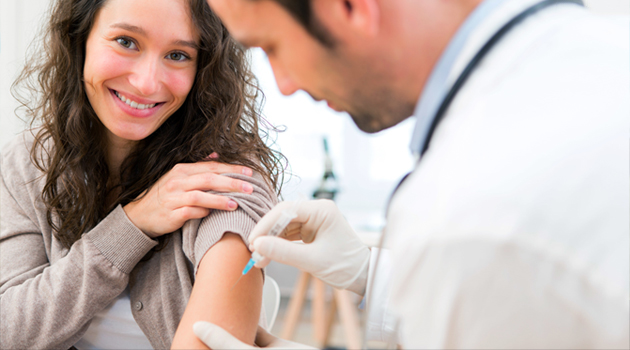 Infusing various vitamins or anti-oxidants directly into the bloodstream will achieve blood levels as much as ten times higher than possible with oral vitamin intake. This make intravenous (IV) infusions effective in treating a wide range of medical issues, from chronic conditions such as fatigue, Lyme disease, or any serious illness, to acute conditions such as infections, migraines, asthma or muscle spasms.

The idea of infusing high doses of vitamins intravenously was pioneered by the late Dr. John Myers, a physician from Baltimore, Maryland, who up until his passing in 1984 infused 1000’s of patients with his unique formulation of vitamins. Since that time his original formula has been modified and other formulas created for a wide variety of diseases – but the basic formula has remained, used successfully by hundreds of physicians, and is known as the “Myer’s cocktail”.

The key ingredients for the Myer’s cocktail are vitamin C, numerous B vitamins, calcium and magnesium. The IV infusion is mixed under sterile conditions and given over a period of 15-30 minutes in the comfort of the office. The high levels of vitamins and minerals in the blood will “force” the nutrients into cells that may be depleted. The only common side effect is mild vein irritation during the infusion, which is relieved by simply infusing slower or adjusting the concentration.

Vitamin C has been shown to have an anti-viral effect, but only at higher concentrations, making it especially valuable in treating acute viral respiratory infections. It can also destroy histamine thus its role in treating allergies, asthma and hives. At the highest doses vitamin C has been shown to generate the production of hydrogen peroxide, which is toxic to cancer cells while normal cells have the ability to resist harm.

We routinely use the Meyer’s cocktail in cases of stress and adrenal fatigue. The highest concentration of vitamin C in the body is found within the adrenal gland and giving general support to the adrenals seems to help the system cope with everyday stressors. This supportive role may be another reason people with viral infections improve quicker with a Meyer’s cocktail. Cancer and severe chronic illnesses are both good indications for Meyer’s cocktail to help with nutrition and immune function.

The B vitamins are involved in just about every metabolic pathway in the body, and are particularly important for detoxification and cellular energy. Just two examples where IV infusion of B vitamins are especially helpful include a common genetic defect involving enzymes that require B12 which can be “over-ridden” with high doses of B12, and adrenal fatigue in which Pantethine, or B5, is crucial to assist adrenal hormone production.

Magnesium will promote the relaxation of smooth muscle around blood vessels and bronchial airways. This makes magnesium helpful in treating asthma attacks. Several double-blind studies have shown IV magnesium treatment for severe asthmatics lowered the hospitalization rate by about 50%. A meta-analysis of seven studies concluded that IV magnesium for severe asthma attacks reduced hospitalization by 90%. Calcium infusions have a similar effect and the addition of vitamin C and the B vitamins seems to improve and extend the benefits of magnesium alone.

Migraine headaches respond well to IV magnesium infusions with several clinical trials showing complete relief in most patients. Even the migraine-associated symptoms of nausea, vomiting and sensitivity to light resolved.

Who Should get a Myers?

Most patients with fatigue or even chronic fatigue syndrome (CFS) will benefit from Myer’s cocktail infusions, often within the first few treatments. Ongoing maintenance infusions every few weeks are usually necessary to maintain good results but some patients improve enough that further treatments are not necessary. There are a few research studies showing patients with CFS have magnesium deficiency, either in the bloodstream or only inside the red blood cells despite normal blood levels.

Chronic pain, including that from relapsing injury or fibromyalgia, has been shown to improve with Myer’s cocktails. One study showed 74% of patients improved while 64% only required four or fewer injections. Some practitioners report success using Myer’s cocktail for acute muscle spasms.

Upper respiratory infections caused by viral invaders often respond dramatically with Myer’s cocktail infusions. Within minutes symptoms improve in about 1/3 of patients while about ½ of patients note the overall course of illness shortens considerably. People who don’t seem to respond just don’t ever respond, while those who do respond do well with repeated treatments. Even chronic sinusitis has consistent reports of responding to Myer’s infusions.

The typical patient receiving a Myer’s will experience an increase in energy, improved mind clarity, decreased depression and anxiety, improved mood, faster recovery times, and less illness. We have athletes who benefit from a Myer’s before and after strenuous events.

The intravenous nutrient therapy provided with Meyer’s cocktail has been found by hundreds of practitioners to be a safe and effective treatment for a wide variety of conditions. Although most evidence in favor of Meyer’s is anecdotal from the experience of providers there are some published research studies that demonstrate the effectiveness of the Meyer’s or some of its ingredients.